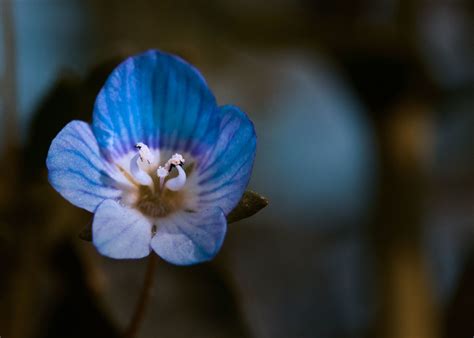 when to use whom in a sentence ​

Ask: when to use whom in a sentence ​

you use it when you write a sentence that contains whom

use To whom in a sentence. ​

He saw the faces of those whom he loved at his birthday celebration.

Write two sentences each using: A. Who and Whoever in

Ask: Write two sentences each using:
A. Who and Whoever in the nominative case.
B. Whom and Whomever in the objective case.
C. Whose and Whosever in the possessive case. ​

Write two (2) sentences each using.a who and wherever in

Ask: Write two (2) sentences each using.
a who and wherever in the nominative case.
whom and whomever in the objective case
cours and whosever in the possessive case.​

Yes, though it may depend on whom you ask!

“Who” and “whoever” are subjective pronouns; “whom” and “whomever” are in the objective case. That simply means that “who” (and the same for “whoever”) is always subject to a verb, and that “whom” (and the same for “whomever”) is always working as an object in a sentence. As simple and important as that distinction is, many people have difficulty deciding on the proper usage of “who” and “whom” in sentences.

The two sentences below illustrate the easy usage in which “who” is clearly the subject and “whom” is clearly the object. In such simple cases, virtually everyone can determine the proper choice:

Who is that masked man? (“Who” / subject [subjective case])

The men, four of whom are ill, were indicted for fraud. (“whom” / object [objective case])

When “who” is not the main subject of the sentence, however, many people become confused. They tinker and change who to “whom.”

It was Thomas Jefferson, I think, who was the third president of the United States.

Notice that “who,” not “whom,” is still the correct form as the subject of the clause that follows. The proper name, Thomas Jefferson, could be substituted for “who” to make a perfectly good sentence:

Thomas Jefferson was the third president of the United States.

As a ready check in such sentences, simply substitute the personal pronoun “he/him” or “she/her” for “who/whom.” If he or she would be the correct form, the proper choice is who.” If “him” or “her” would be correct, use “whom.”

Even when the word order must be altered slightly, you can use the technique:

Mrs. Dimwit consulted an astrologer whom she met in Seattle. (She met him in Seattle.)

The delegates differed as to who they thought might win. (Not whom. Here the entire clause is the object of the preposition. Substitution is particularly helpful in cases such as this. They thought he might win.)

Who is that masked man? (subject)

The men, four of whom are ill, were indicted for fraud. (object)

And, now, for a really tough test (or, at least, most people trip up on it):

I decided to vote for whoever/whomever called me first.

Give it to whoever/whomever deserves it.

It’s “whoever” in both cases. Even though you can read the first sentence as “I decided to vote for him” (which would make it “whomever”), the entire clause “(he) called me first” is the object of the preposition “for.” So, it’s “whoever.” It’s the same for the second example: “…he deserves it” wins out.

so you’ll always get it correct

Rule #2: Every verb with a tense in a sentence must have a subject. And that word is always in the nominative case, so it’s “who.” For example: In this sentence, “I decided to vote for whoever called me first”:

This rule supersedes the first rule as it relates to “who” and “whom.”

Note: Related to this rule is one that says: The subject of a clause is always attached to that clause — no matter what. For example:

Ask whoever reads that book to answer the question.

Break down the sentence thus:

(You) ask him (he reads that book) to answer the question.

In the clause “he reads that book,” you cannot separate the subject “he” from the clause to which it is attached.

If you remember these two rules — substitute “he/him” or “she/her,” and that every verb with a tense must have a subject — you should solve the “who/whom” quandary every time.

If you apply those two rules and you’re still not sure, apply the all-important Rule #3.

Rule #3: Give it a sincere and honest effort to determine if it’s “who” or “whom.” If it takes more than a 30 seconds to figure it out, pick the one that sounds best to the ear (read it aloud) and move on. Why? Because even grammarians are likely to squabble over which to use. But always — always — apply rules #1 and #2 before using Rule #3.

Ask whoever/whomever comes this way for directions. And to see if you’re better than the Associated Press, click here.

4. To whom does an object seem greater in length,

To determine which observer measures an object’s length to be longer we may use the length contraction equation.

1.It is a form of a verb that is used

Ask: 1.It is a form of a verb that is used to show when an action happened. a. Voice b. Tense c. Direct Object
2. What question does a direct object in a sentence answer? a. What/for whom? b. how c. Why?​

Please mark as br4in!iest! Thanks!

it is a kind of complement that always refers to

Ask: it is a kind of complement that always refers to persons or to whom or for whom something is done or given. it comes before the direct object in the sentence.

To whom did Jesus say this, "Blessed are they who

Ask: To whom did Jesus say this, “Blessed are they who have not seen, and yet have believed”?

They are objects, gestures, or prayers that remind us of God’s presence and help us experience Him’

It is God’s free gift of friendship to us.

I’m not really sure, but hope can help

it is vocal or other kind of gesture that has

Ask: it is vocal or other kind of gesture that has the same meaning and solicits the same reaction between the one using it and to whom it is directed a. language b. signs c. symbol d. objects​

It receives the direct object and answers the question "to

Ask: It receives the direct object and answers the question “to whom” or “for whom”.

Not only you can get the answer of is whom used for objects, you could also find the answers of It receives the, 1.It is a, it is a, 4. To whom, and it is vocal.